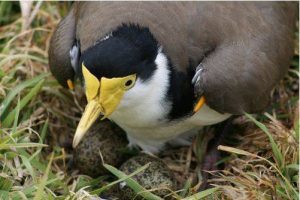 There was a huge roaring sound, as the wind thundered against the southeast walls, accompanied by a great beating of horizontal rain. The wild weather went on all night. Foggy brained, Treena woke to a deep silence, that only a small coastal town could offer.

New old start to life, a freshly minted fifty-year-old, Treena, fumbled to the kitchen to make a strong coffee. Her life had unravelled at lightning speed when hearing her parents died in a head on collision.

Packed up and emotionally loaded, Treena stayed with her lover before leaving England. Unanticipated feelings emerged.

Surrounding warm arms, beating heart and wrapped legs secured her into a cocoon. She heard her mother’s call reaching out as they collected shells. The smell of salt, iodine and rot emanated from her lover’s soft breath. The lover became the seashell held to her ear. Loved seeped in like a slow rising southern tide.

Treena cautiously opened her parents’ front door. She inhaled deeply. The incense, fruity infused fragrance of her parents was barely noticeable. Her lover appeared strongly in her mind’s eye, sitting on a park bench in London. Her travel weary body slumped into her father’s favourite armchair, overlooking the sweep of Port Phillip Bay. Her eyes closed. Life and time blurred.

Treena inhaled her successful career lost as she the opened boxes. Taking up residency under the Lapwing Plovers, she called her distant lover to welcome Yule.

High tide was in.

After producing a successful community-based, interactive immersive installation collaboration The Sea is Sinking (2019), Fern Smith and her partner relocated to the Geelong area from Melbourne. Calamity struck; diagnosis of cancer, a major operation imminent coincided with the emergence of the COVID pandemic. Life turned on its head.

Recovery, isolation from lock downs and relocation, Fern had more than pictures swirling in her head. Her visual art practice had developed from a need not a want and now writing became that creative drive. She enrolled in an online short story writing course and proceeded with the mechanics of writing. There was something missing.

Interaction and reaction became vital in continuing with writing. She joined the Geelong Writers Inc.(GW), participating in the regular Belmont Page, a read-aloud writing group, Shut Up & Write, and the three session writing workshops held by Dr. Reilly, all part of the GW suite. Fern appreciates being a member of GW as there is an opportunity to develop as a writer and a pathway to publishing works. That need to write has turned to a love.