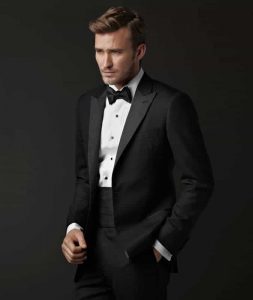 I drape my suit in its plastic cover over my overnight bag and the headrest of the aisle seat before taking the window seat on the Ballarat bus. This ensures no stranger can sit next to me and try to engage me in conversation. I have never been one for small talk. Whenever I travel, I prefer to watch the countryside pass by and lose myself in my thoughts.

It’s going to be a long day. I had caught the early bird flight down from Canberra. Feeling a headache coming on, I close my eyes and think about her. Whatever possessed her to want to get married in Linton? Neither one of us has been back there in years.

We met on the first day of primary school. She was the only kid smaller than me and she sat next to me in class. I noticed that we both used our left hands to write our names on the front of our exercise books. Robert John Kelly and Hilary Grace Roberts.

‘Same as me, Robert and Roberts,’ she said, and we were friends from then on.

I liked to go to her house to play after school. My house was small, noisy, and crowded – overflowing with brothers and sisters. She was an only child. Her mother had MS and was in a wheelchair, and her father, Johnno, owned the local servo. He always called her Mouse, not Hilary.

At the school sports Johnno always cheered for me as loudly as he cheered for Mouse. He took an interest in me, probably because I didn’t have a father. When Mouse was given a bike for Christmas I learnt to ride it too, and Johnno surprised me with a brand new bike for my birthday. I had never owned anything new before. Everything I had ever been given had been passed down from the twins.

The other kids at school used to tease me when I stammered, but Mouse always stuck up for me. When Duncan Macleod bullied me it had taken both of Duncan’s brothers to hold her back, and then she screamed like a banshee until the twins came to our rescue.

There was no high school in Linton. I went to St Pat’s, the Catholic boys’ school in Ballarat and Mouse went to Ballarat High. She made plenty of new friends but she always chose to sit with me on the bus. Her closest girlfriend was Bronwyn. She was okay when she didn’t try to boss me around. Bronwyn, like Mouse’s other friends, tolerated me for her sake.

I have always loved Mouse. She was my best friend but in my teens my feelings toward her changed. I began to daydream about her and I felt tongue-tied and awkward in her presence. She never seemed to notice.

At the Harvest Dance all the girls sat together on long benches down one side of the hall while they waited for the dancing to start. Mouse was there with Bronwyn and Angela Fitzgerald. The Fitzgeralds were new in town. Angela’s brother Joey was in the year above me at St Pat’s. He was popular, tall, and good at sport – everything that I was not.

I wanted to ask Mouse to dance but I didn’t know how to dance and I was paralysed with shyness. My feet just wouldn’t move. My brother joined me where I stood by the door and we watched as Joey held Mouse close while they waltzed.

‘Come with me and I will get you some Dutch Courage, Bobby,’ Brendan grinned. I hated the taste of the beer but I forced it down in the hope that it would give me the guts to ask Mouse to dance. Brian joined us at a table and then bought another round. The twins took turns to shout the drinks. I drank far too much. My head began to spin and I felt sick. I was outside the front of the hall spewing into the bushes when I heard a girl in high-heels run past, crying.

‘That’s Mouse. What’s up with her?’ one of the twins said and I wondered – can you actually die of embarrassment?

The bus hits a pot hole, jarring my neck and waking me. I stretch, rub my eyes, and check my watch. Almost at Ballarat and then a taxi to Linton. I don’t want to be late and I’ll need time to freshen up – shower, shave, and teeth.

Mouse will be getting ready at her father’s. Her bridesmaids will be there by now, fussing over her dress, hair, and make-up. They are probably drinking champagne, and laughing. Maybe they will be helping her to find her shoes. What is with her and shoes?

Her father will have been dreading this day, dreading giving her away into another man’s care. Johnno will watch as his daughter comes down the stairs, his eyes bright with pride and unshed tears. He’ll drive Mouse and her bridesmaids to the church. The Pontiac will have been polished to within an inch of its life. He’ll open the back door and the girls will climb in taking care not to crush the bridal gown.

Black suit, black tie – I’ll be waiting in the churchyard. Brides are always late. Would she be having second thoughts? Lucky I have my hipflask, I’ll need a nip of scotch to steady my nerves.

Inside the church I will turn to watch her walk up the aisle on her father’s arm, her veil covering her face. The vows will be said. Will she be nervous too, and stumble over the words?

At the reception we will dance. I won’t blow it this time, I’ve had lessons. I’ll hold her and she’ll nestle into my shoulder. I’ll tell her how much I love her, how much I’ve always loved her.

No! I can’t do that. I love Mouse far too much to spoil it for her. Yeah, she is getting married, but she isn’t going to marry me.