Sometimes fact can be stranger than fiction…

Had a dream about Bruce last night. He hasn’t died has he?

Oh dear. Not that I know of.

Maybe you should send him a message and make sure.

Do you want me to tell him about the dream?

Any news from Bruce?

No news on Bruce, he hasn’t seen my message yet.

Have you heard from Bruce’s mate yet?

No, I’ve heard nothing.

No probs…Bruce hasn’t seen my message yet?

Not sure what to make of this?

And that may be the case with Bruce as well.

The dream was both lovely and terrible at the same time. It started as a bitzer-dream, nothing really made sense. One minute I stood in a crowded, unknown space where people with blurred faces and bodies talked and moved amongst themselves; the next I was somewhere else listening to others’ indistinct murmurs. Each scene was full of people, shoulder to shoulder, nudging each other as they moved, but I couldn’t work out where they were going or why I was there. Everything seemed fragmented.

Suddenly, I stood in the car park at a lookout I recognised. Again, people crowded the limited space as I too moved aimlessly amongst the crowds trying to look out over the peaceful, green mountainous panorama.

I felt a warm content come over me, reassured I was where I needed to be. And, as the faceless crowds parted and I moved closer to the wooden railing looking out at the valley and distant dam,
I saw my old friend, Bruce, standing a short distance away. We’d been close for fifteen years but had no contact at all for at least five. Bruce lived overseas and our connection had been random yet strong. There had been a brief time early in our friendship that we wondered if we could/would/should be more than friends, but distance and differences suggested not. Yet we remained the best of friends and saw each other every few years. Any more than three weeks together, however, was enough. I guess you’d say we had an understanding. We cared for and appreciated each other – in a brother/sister way.

In recent years, we’d drifted apart, but not for any good reason. His latest love felt threatened by me and the connection between us. So, for the sake of his relationship, we agreed to stop talking. I wanted nothing but the best for him and if that meant I had to lose a best friend, so be it.

Bruce’s relationship lasted a few years, by which time the girlfriend had all but driven all of Bruce’s friends away. He contacted me again, but I had just begun a new relationship. So, once again, Bruce and I agreed to leave each other’s life.

When he entered my dream, if felt great to see him again – but also alarming. He smiled at me, almost as if he knew I’d be there. At this point, the crowds dissipated and we were alone, staring at each other across the car park. I went to him and asked what he was doing.

I looked around to see who was near, anxious not to be seen. All the while he kept smiling at me.

“You shouldn’t be here.” I didn’t need the grief, I thought but didn’t say.

“If someone sees me…”

“This is the last time. I promise.”

Confused, I gazed into his smiling eyes. Why had he come? He looked so peaceful. It was disconcerting.

“Okay,” I said as a new wave of contentment washed over me.

It seemed no words were needed as we stood silently together, Bruce smiling all the while.

“It was just going to be a quick visit,” he finally stated. “I have to go now.”

I wasn’t surprised by this sudden decision to leave without enlightening me any further. I instinctively knew he had to go.

Bruce hugged me as he always had; one arm over my shoulder, one arm under my arm pit. He held me tight, kissed my cheek and let me go. No lingering emotion of not wanting to part. Just long enough to convey a deep adoration.

“I have to say goodbye.” The statement was matter of fact with just a tinge of regret.

It’s one thing to choose to let a friend go, it’s another to have it forced upon you. The way Bruce spoke, this goodbye was not something I had a choice about and sadness swept over me.

Panic rising, I declared, “I never stopped thinking about you and I will always love you.”

“You know I feel the same.”

Again, I threw my arms around his neck, holding him, this time not wanting to let go. The embrace felt as though it could last forever. But slowly, Bruce began to extricate himself from my choker hold.

“It’s okay,” he said in the reassuring, smiling voice I’d heard many times over the years.

Instinctively, I knew he was right. It was okay.

We smiled at each other one last time before the faceless crowds returned, pushing between us and Bruce drifted away.

I woke with a start, my heart feeling heavy. The dream had seemed so real.

Most of the day I had a heavy feeling in my chest. A sadness took over me that I couldn’t explain and struggled to shake off. A few times at work I even became teary. It was the strangest feeling, the complete opposite to the warm, fuzzy feeling of my dream. I missed my old friend and thought of him often. Last I’d heard he was again engaged to an old girlfriend; one I knew and would who not have come between our friendship. I wished we were still in touch and I could speak openly about him. But, sadly, that was not to be.

After asking a mutual friend, Jenny, to see if she could make contact with Bruce, I had no choice but to wait. I sent his son a message, I send his mate a message. After a week, I even sent Bruce a message, not even knowing if he still had the same phone number. But no one replied. For ten days, I stewed over the dream, trying to remember parts that may be crucial to unlocking the message.

When the silence gave me no answers, I decided I had over-dramatised the silly dream. It was just a dream. Maybe I heard a song that I subconsciously associated with him, so dreamt about him. Maybe I was subconsciously missing our friendship. I don’t know why after so many years but that’s what the subconscious does, doesn’t it? Drags up bits of your past for no good reason other than to torment you?!

Or… The unspoken thought wouldn’t leave me.

It made me sad to think about.

I’d always secretly hoped that one day, somehow, our paths would cross and we could again be friends.

“Hey Jenny.  How strange is that.  I had been taken ill by a rat associated disease and consequently spent 3 weeks in an induced coma. The disease attacked my internal organs. Initially they had no idea what was going on but a very keen doctor spotted something and pieced things together. I was within 10% of my life, full recovery expected but over time. Wedding still planned but no dates as yet. You, your faith and of course your sister were there with me all the way xxxxx” 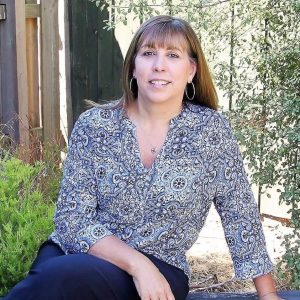 Judy Rankin is the author of the memoir It’s [Not] All About Liz! (2014), historical fiction novel, Catelina (2017) and middle-grade children’s novel The Land of Giant Pineapples (2021). Judy has written for MUFTI (the Victorian RSL members magazine), That’s Life magazine and From the Inside Looking Out, 2020 General Anthology. She has also appeared in New Reader Magazine 1(2) June 2018.

When not writing stories, Judy runs her own financial administration business, Surf Coast Support, looking after the accounts of small businesses and funding for NDIS participants. She also runs ‘Jaymah’, a small press and online bookstore supporting emerging writers. Judy is also attempted to finish a creative-practice PhD in Communication and Media with RMIT.