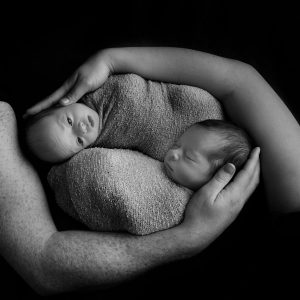 My parents knew there was something odd about me long before I worked it out. But then, they had two years while my brain came to terms with what it had been born with, and that I was very different to anyone else, twins or otherwise.

‘Have you noticed how our two boys are never awake at the same time? One is always asleep. Not the same one though,’ my mother would have said to my father in my first few weeks of life. Everything was as new to them as it was to me. Twins had never been born into either family before, so no-one had any explanations. They didn’t really worry until I did more that eat and excrete, and by then I had started to figure things out – I just couldn’t communicate it. When I could, no-one would believe me and I might be a freak.

My parents learned to adapt to what they were seeing, eventually going to their doctor on the recommendation of a perplexed health nurse.

‘I can’t find anything wrong at all,’ Dr Mitchell said. ‘Perfectly normal. Sleeping independently is not unusual. Maybe not as pronounced.’ A fool, and he went on to order more inconclusive tests. MRI and brain scans only show the physical, not the psyche.

Meanwhile, I made the most of things as a normal inquisitive toddler becoming mobile by crawling, then standing, holding onto furniture. I investigated everything, experimenting with noise and texture. My development was apparently on schedule, in both my bodies, allowing for males supposedly  picking up language skills late. Being always awake at all hours, day or night, gave me a unique perspective even if it did disrupt my parents in their upper middle-class house. My mother wasn’t working at that time and had learned to sleep when she could during the day. Of course, I never did.

‘Your turn. One of them is awake. I heard him calling out.’ Clare would have rolled over and gone back to sleep. I heard Dave sigh as he sleepily walked into my room, an all too familiar routine. I needed to play. I was bored, bouncing in my cot after pitching all the toys out. I used to throw them onto the floor, but had become adept at throwing them into my other cot at my other self. I was starting to learn I would be able to throw them back later. My father had also learned to change the sleeping twin’s nappy as the one most likely to be wet. After playing with me for a while, then leaving me sitting up in my cot with no sign of sleep, he would creep back to bed knowing that the  whole performance would need to be repeated from the other cot in a few hours.

I used to watch my other dormant self in the glow of the nightlight, its eyes flickering. I had learnt by then that was how I always saw my other body, but I had recently discovered how to see my awake self in a mirror. Not both of us though.

We were the boys. The twins – Colin and Sean. So identical even our parents had to dress us in different colours. I answered to both names – they were both mine. I saw nothing unusual in this. It had been that way since that time the bright lights squinted my eyes, and unmuffled noise hurt my ears. In those early days when I was uncomfortable with wind, wetness, or hunger, I moved to my other body simply by closing my eyes. If both my selves felt this way I was in easily able to make it known from the body I was in to my parents. They actually found it easier than other parents of twins as they only had to attend to one at a time, never both together.

I progressed through the chores of toilet training, and the delights of exploring the wider world. It became more obvious something was different about me. People commented – more specialists were engaged, although my parents were very protective of them prying, prodding and poking ‘their children’ – my two bodies. They grew tired of chin stroking perplexed medical staff trying to work out why one was always asleep when the other was awake.

‘Some form of narcolepsy?’ said one.

‘Perhaps they cannot handle competition for attention?’ said another, probably a psychologist.

‘Adaptive sleep cycles?’ yet another, hopefully.

It was impossible for anyone to wake the other twin when I was in the other body. I was the only one who could do that by just closing my eyes and sliding between my minds. Something I had learned to do in the fright of being born. At that time I could only do it if the bodies were close to each other. That would change.

After a few years my parents adapted to this existence, and it became almost as normal to them as it was to me. Only my Uncle Max started to think outside the square. To keep my secret safe, and to stop me becoming an object of scientific and social curiosity I would need to attend to him, but that would be later.

Max was a trained researcher, in chemistry, I think. He watched me closely one time he came to dinner. My parents were choosy about who they invited into our enclave, but they trusted my mother’s brother and his wife Amanda. He had played with me with a new toy he – a plastic ball where you put the right coloured shape into the right hole, learning from mistakes and watching the adult as they showed you. I was above averagely bright even then, and quickly picked it up to his obvious delight. Eventually I grew bored and did my normal thing putting my hands up and crying for attention. My mother whisked me away upstairs to our bedroom.

‘He needs changing,’ Clare would have said, knowingly. My father nodded the same look. She returned with me in my fresh and alert other body, wearing a different jump suit. ‘Here’s Colin, wide awake. I put Sean down for a nap,’ a well-rehearsed line although Max and his wife had been exposed to our sleeping habits before. I was then subjected to more of the ‘oohs and ahhs’ that adults seem to think are necessary to inflict upon small children, but Max was watching me intently. He sat down with me again, rolling the shape ball to me. I liked that game and pushed it back. He emptied out the shapes and looked at me expectantly. Without thinking, I put the them straight back into the right holes as I had done half an hour before. I hadn’t yet learned to disguise that my other twin was my same self, with the same memories and experiences.

Max looked at me carefully but I thought that was part of the game. He was good fun to play with, laughing with me, doing new and interesting things, but obviously starting to test his hypothesis. I didn’t know any better then, and was happy to cooperate not knowing he was using me as a subject. He was the first to become suspicious about the real me, and I fell for it. Something would need to be done. 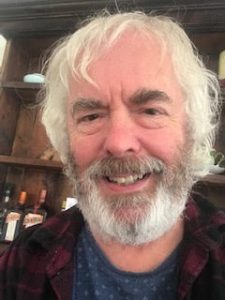