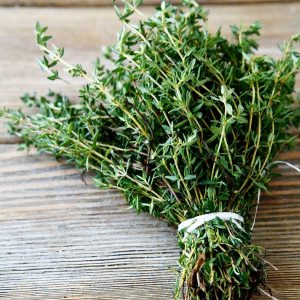 They were sitting at a table near the window where Bev absent-mindedly watched the morning sun inch its way up the salt and pepper shakers. She opened her free Woolworths’ recipe magazine while Margery checked her makeup in her zebra-patterned compact mirror.

‘Ooo, this looks nice. Think I’ll cook it for tomorrow night. Have you got thyme?’ Margery reapplied her lipstick, slapped shut her compact, looked at her watch and stood up.

‘No,’ she said. ‘God, I have to be in Geelong in twenty-five minutes.’ She swallowed what coffee was left in her cup, tossed her compact and phone into her bag, kissed Bev on the cheek and darted out of the café. Bev picked up a serviette and wiped the lipstick from Margery’s cup and what she also imagined was on her face. She glanced at the recipe again. She had four chicken Marylands in the freezer. She’d just pop back into Woolworths to get a bunch of fresh thyme.

Bev wondered if she needed to use her QR code again having been in the supermarket just an hour or so earlier. There was no one to ask, so she decided to anyway.  She waited behind a woman who wore her mask under her chin and had a large cobweb tattooed across the back of her neck. In tow were two young boys, around four and five, who circled Bev trying to hit each other. The mother gave up coding in.

‘Fuckin’ glare,’ she said to the window. ‘You two, get in the bloody shop… now!’

Bev held her hands under the sanitiser dispenser then headed straight for the herbs. Holiday makers, whose identities were hidden behind an assortment of colourful masks, manoeuvred their trolleys between the displays of fresh produce.  Parsley, rosemary, plenty of mint. No thyme. Damn! The flavour of the dish relied on thyme. She turned, colliding with one of the little boys who was being chased by the other. The second, unable to stop in time, ran into the first and fell back onto the floor, letting loose with a loud wail.

Bev stretched out her hand to help him up. He ignored it and rolled over onto his knees, his back to her. ‘Now that wouldn’t have happened if you hadn’t been running around like a lunatic, would it?’ She rubbed her hip where the first boy had made contact. A lean freckled youth in a Woolworths’ vest who was removing wilted lettuce leaves from the display asked Bev if she was okay. ‘I just need some thyme,’ she said.

‘There’s a seat just out the front,’ he replied but before Bev could get a word in, spider-woman stormed towards them with number-one spiderling clinging to her arm.

‘What the fuck!’ She swerved down and hoisted number two onto his feet by the back of his tee-shirt.

‘You go. I’ll sort it,’ said the lettuce youth, and Bev made a hasty exit while loud and abusive words ricocheted around the vegetables.

Bev sat in her car feeling a bruise forming on her well-padded hip bone. She turned to the recipe page again. ‘Blow it,’ she said, pressed the ignition switch and drove the fifteen minutes to Woolworths in Curlewis. She used her QR code yet again and entered to find the whole mood of the place pleasantly subdued. Even the jingle, ‘Woolworths, the fresh food people’ being piped over the speaker had a melancholy tone to it.

Bev picked up an avocado to feel its ripeness when she saw, in a cylindrical receptacle between sprigs of sage and rosemary, a single bunch of thyme. She also noticed a woman’s beady eyes, peeping over a black mask which sported large white grinning teeth, focussing on the herbs as she filled a string bag with sweet potatoes. Bev dropped the avocado, almost sprinted to the herbs, plucked out the thyme and headed for the check-out.

When Bev got home, she unpacked the shopping she had bought before meeting Margery for their weekly Thursday coffee. She pulled the Marylands from the freezer and placed them on a tray to thaw near the bottom of the fridge. The recipe was simple but the accompanying photo made it look wonderfully appetising and Bev planned to present it looking just as scrumptious. She suggested to her husband that they ask Margery and Ned over for dinner to share it with them. The invitation was accepted. Bev spent the afternoon making tiramisu, her signature dessert, leaving the following day free to prepare the chicken and thyme dish.

At 5 o’clock on Friday she went to pop the chicken into the preheated oven when her mobile indicated a text message. She eased the tray in, closed the door and wiped her hands down the sides of her apron.

‘I’m so sorry,’ she said to Margery over the phone. ‘I just can’t believe it. I mean, I was only in and out. All I wanted was the bunch of thyme. Now Roger and I have to both get tested and isolate. What an absolute pain.’

‘But why on earth were you buying thyme? We have a mountain of the stuff growing. Why didn’t you tell me you needed some?’ 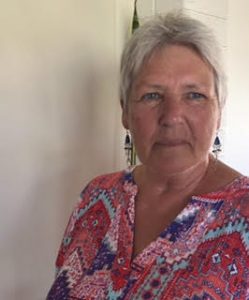 Jenny facilitates fiction, non-fiction, poetry and drawing groups, encouraging people to come together and share their creative skills. She recently established the Portarlington Haiku Society, an enthusiastic group which, together, is learning about the simplicity, yet complexity, of this short poetry form. A retired teacher, Jenny is keen to promote and maintain an interest in creative writing among other retirees as a form of enjoyable social interaction without any excessive literary expectations.